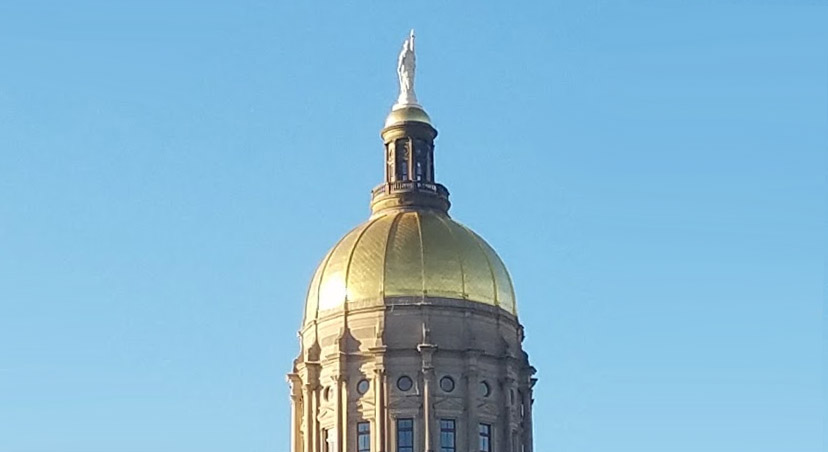 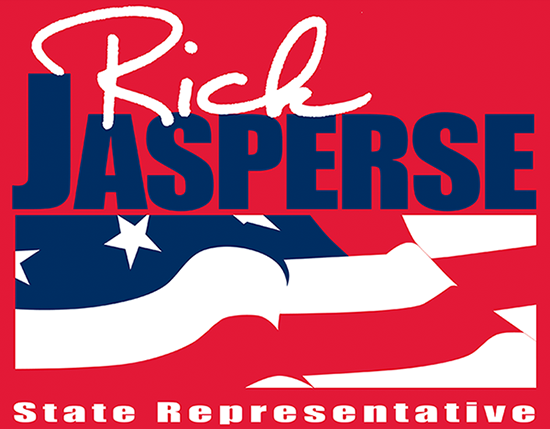 REPORT FROM THE CAPITOL

4/5/2021 - We returned to the Gold Dome on Monday, March 29 for the final two days of the 2021 legislative session. The last day of session, Legislative Day 40, is commonly referred to as "Sine Die," which is a Latin term meaning "without assigning a day for further meeting." On Sine Die, it is typically a very long day getting everything done and being very vigilant on changes you may not like or think are good for our state. Day 39 was very busy for me, as I had bills on the House floor and Senate being considered and was in the well speaking a number of times. This year I had bills in Education, Healthcare, and Transportation, and they all passed.

The State Capitol was very exciting during these last few days; the noise in the building was normal, with all the interested parties promoting their bills and protesting others. There was a rumor that protestors were not allowed in the Capitol during the covid times. Not true at all, as there were those for and against all sorts of bills in the building, which is the way it should be.
I will spend the next few weeks going over the bills that you might want to know about which passed the House and Senate. Remember the bills we passed must still be signed, not vetoed, by Governor Kemp before they are law.

The House voted to give final approval to several bills this week, including House Bill 146, which would extend paid parental leave to many of our valuable state employees. HB 146 would provide up to 120 hours, or three weeks, of paid parental leave annually to eligible full-time state employees and local board of education employees for qualifying life events, such as after the birth of their child and after an adoptive or foster child is first placed in their home. House Bill 479, which would repeal Georgia’s antiquated citizen’s arrest law, also received final passage on Sine Die. In addition to updating citizen’s arrest, HB 479 would clarify certain instances in which law enforcement officers may make arrests outside of their jurisdiction, as well as authorize retail stores, food service establishments, and certain licensed private security professionals to detain someone if they reasonably believe an individual is committing a crime. We also adopted Senate Bill 6, or the “Tax Credit Return on Investment Act of 2021,” which would establish opportunities to examine our state’s tax revenue structure, as well as expand tax incentives for several industries to restore our economy. We also gave final passage to Senate Bill 195 to increase the responsibilities of the Georgia Access to Medical Cannabis Commission and allow licensed low THC oil producers to partner with universities and colleges, such as Georgia’s historically black colleges and universities, for joint medical research. House Bill 154 also received final approval and would reform several of Georgia’s adoption and foster care laws, including lowering the age at which a person is allowed to petition for adoption from 25 to 21 years old.

Before adjourning Sine Die, the House fulfilled its only constitutional obligation by passing House Bill 81, Georgia’s Fiscal Year 2022 (FY 2022) budget. This budget for the next fiscal year begins July 1, 2021, and is set by a revenue estimate $27.2 billion, which is an increase of $1.34 billion, or 5.2 percent, over the original Fiscal Year 2021 budget that was passed last June. The state’s fiscal position has exceeded expectations since last year, and as a result, we were able to allocate approximately 90 percent of the new revenue for the FY 2022 budget to Georgia’s education and health and human services agencies. The upcoming fiscal year budget also restores 60 percent of the reductions made to K-12 education, as well as preserves and increases funding for our other top priorities, such as expanded mental health and crisis intervention services, rate increases for health and human service providers, access to health care, and salary increases for critical state workforce positions. Governor Brian Kemp will now review the budget bill before signing it into law.

Next week I will go over the Elections bill you have heard so much about, Senate Bill 202.

My tomatoes are two inches tall now, and we celebrated a beautiful community sunrise service in our neighborhood. Glad April is here.
I greatly appreciate any feedback I receive from my constituents, and I welcome you to contact my office for questions or concerns about the legislative session. My Capitol office number is 404-656-7153, my home 770-893-2039, and my email address is rick.jasperse@house.ga.gov. Please contact me anytime.